LocationRoom 503
DescriptionThe second edition of the Workshop on Computer Graphics for Autonomous Vehicles will gather industrial and academic presentations fostering discussions around the state-of-the-art in simulation and traffic modeling platforms for autonomous vehicles (AV). This workshop will present latest usages of computer graphics, vision, simulation and AI for the design of nextgen AV. Presentations will cover virtual simulators as source for ground truth data, AI learning platforms, sensor simulation or data acquisition challenges. Other topics may include simulation at scale, traffic modeling, training and testing of AI drivers, AV data segmentation or annotation algorithms and related databases.
Organizers 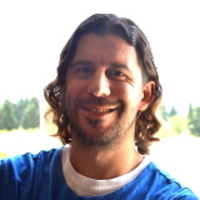 Jose A. Iglesias-Guitian
Computer Vision Center
Universitat Autonoma de Barcelona
Jose A. Iglesias-Guitian is a Research Scientist in Visual Computing and Computer Graphics. He works for the Computer Vision Center (CVC) at the Universitat Autonoma de Barcelona (UAB). His main expertise is in Computer Graphics and nowadays he collaborates with automotive companies on the intersection of graphics with computer vision and autonomous driving. Before he was an Associate Researcher at Disney Research (The Walt Disney Company), based in Edinburgh (UK). Before that, Jose spent research periods at the University of Zaragoza (Spain) and for more than five years he was at the Visual Computing Group of CRS4 (Italy) where he received a Ph.D. Degree in Electronic and Computer Engineering (2011). Jose has obtained predoc and senior EU Marie Curie​ fellowships. His research is focused on real-time graphics, volumetric and translucent material rendering, noise reduction and xR interactive applications. More information about his research work is available at www.j4lley.com. 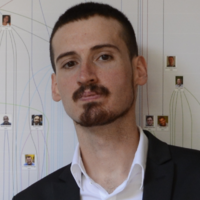 German Ros
Intel Labs
German Ros is a Research Scientist at Intel Intelligent Systems Lab (Santa Clara, California), working on topics at the intersection of Machine Learning, Simulation, Virtual worlds, Transfer Learning and Intelligent Autonomous agents. He leads the CARLA organization as part of the Open Source Vision Foundation. Before joining Intel Labs, German served as a Research Scientist at Toyota Research Institute (TRI), where he conducted research in the area of Simulation for Autonomous Driving, Scene Understanding and Domain Adaptation, in the context of Autonomous Driving. He also helped industrial partners, such as Toshiba, Yandex, Drive.ai, and Volkswagen to leverage simulation and virtual words to empower their machine learning efforts and served at the Computer Vision Center (CVC) as a technical lead for the simulation team. German Ros obtained his PhD in Computer Science at Autonomous University of Barcelona & the Computer Vision Center. 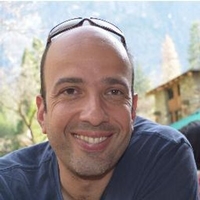 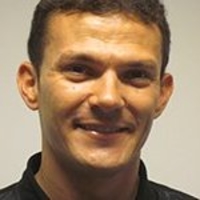 Jose M. Alvarez
NVidia Corporation
Jose M. Alvarez is a Senior Deep Learning Engineer at NVIDIA working on scaling-up deep learning for autonomous driving. Previously, he was a senior researcher at Toyota Research Institute and at Data61/CSIRO (formerly NICTA) working on deep learning for large scale dynamic scene understanding. Prior to that, he worked as a postdoctoral researcher at New York University under the supervision of Prof. Yann LeCun. He graduated with his Ph.D. from Autonomous University of Barcelona (UAB) in October 2010, with focus on robust road detection under real-world driving conditions. Dr. Alvarez did research stays at the University of Amsterdam (in 2008 and 2009) and the Electronics Research Group at Volkswagen (in 2010) and Boston College. Since 2014, he has served as an associate editor for IEEE Transactions on Intelligent Transportation Systems. 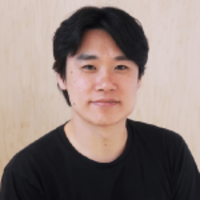 Yongjoon Lee
Zoox
Yongjoon Lee is Engineering Manager of Simulation at Zoox, responsible for the simulation platform to validate and improve the safety and quality of their autonomous driving software. Previously, he worked at Bungie, where he worked as engineering lead for teams on AI, animation, action system, cinematic system, and mission tools. He contributed technical papers at SIGGRAPH on realistic motion synthesis using reinforcement learning. He holds a Ph.D in Computer Science & Engineering from the University of Washington. 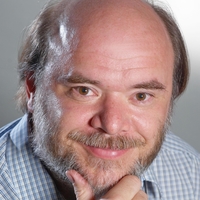 Philipp Slusallek
German research Center for Artificial Intelligence (DFKI)
Saarland University
Philipp Slusallek is Scientific Director at the German Research Center for Artificial Intelligence (DFKI), where he heads the research area on Agents and Simulated Reality. At Saarland University he has been a professor for Computer Graphics since 1999, a principle investigator at the German Excellence-Cluster on “Multimodal Computing and Interaction” since 2007, and was Director for Research at the Intel Visual Computing Institute 2009-2017. Before coming to Saarland University, he was a Visiting Assistant Professor at Stanford University. He is associate editor of Computer Graphics Forum, a fellow of Eurographics, a member of acatech (German National Academy of Science and Engineering), and a member of the European High-Level Expert Group on Artificial Intelligence. In addition, Prof. Slusallek co-founded the European AI Initiative CLAIRE (Confederation of Laboratories for Artificial Intelligence Research in Europe, claire-ai.org) in 2018. He originally studied Physics in Frankfurt and Tübingen (Diploma/M.Sc.) and got his PhD in Computer Science from Erlangen University. His research covers a wide range of topics including artificial intelligence in a broad sense, simulated/digital reality, real-time realistic graphics, high-performance computing, motion synthesis, novel programming models for CPU/GPU/FPGA, computational science, and others.
Presenters 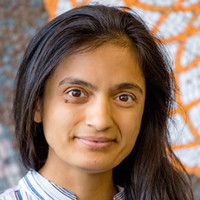 Niru Kumari
Uber ATG
Niru is a lead in Simulation team at Uber ATG and located at San Francisco. Her team is working to developing and integrating sensor models to enhance offline testing of AV software stack. Niru received her PhD in Mechanical Engineering from Purdue University in 2010. In her free time, she enjoys traveling and hiking. 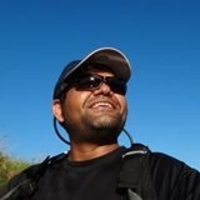 Shital Shah
Microsoft
Shital Shah is Principal Research Engineer at Microsoft Research AI. His interests include simulation, autonomous vehicles, robotics, deep learning and reinforcement learning. He has been working at Microsoft for 14 years architecting, designing and developing large scale distributed machine learning systems. He has contributed in research and engineering in various roles at Microsoft including technical lead, architect, engineering manager and as a research engineer. Previously at Bing, he founded and lead the team to design and develop distributed machine learned clustering platform for web-scale data. At Microsoft Research, he conceived and lead the development of AirSim, a physically and visually realistic cross platform simulator for AI research as test bed for designing, applying and evaluating reinforcement learning algorithms for the smart agents in open dynamic world. More recently, he authored TensorWatch, an open source tool for debugging and visualization for machine learning. 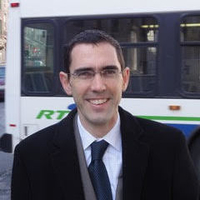 Adam Millard-Ball
University of California, Santa Cruz (UCSC)
Dr. Adam Millard-Ball is an economist and a transportation planner who focuses on urban transportation solutions to tackle global climate change and local environmental challenges. His research examines how parking pricing reduces circling for parking, models the environmental impacts of autonomous vehicles, and maps global trends in urban sprawl. His work has been featured by NPR’s Morning Edition, the New York Times, the Globe and Mail, and other prominent media outlets. Dr. Millard-Ball is an associate professor of environmental studies at the University of California, Santa Cruz, and was formerly a Principal Transportation Planner with Nelson\Nygaard Consulting Associates in San Francisco and New York. He holds an MA from the University of Edinburgh and a PhD from Stanford University. 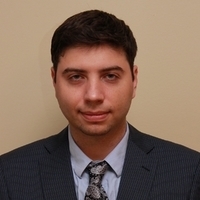 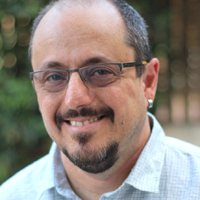 Sergio Nacht
Cognata
Sergio Nacht is Director of AV Simulation at Cognata, a company that brings the disruptive power of advanced 3D graphics, artificial intelligence, deep learning, and computer vision to training and testing of automated driving systems. Managing a team of highly experienced software engineers, Sergio is responsible for delivering the world’s most realistic large-scale simulation solution for ADAS and Autonomous Vehicle developers. Sergio brings to the table, in addition to a good glass of beer, more than 24 years of professional software experience in the Israeli high-tech industry. He has led the development of 3D simulation, games, data visualization, and more. Sergio’s passion for games and animation started early, as a kid in Brazil, years before emigrating to Israel and receiving his B.Sc. in Computer Science from the Technion (Israel’s Institute of Technology). 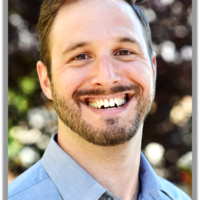 James Fort
Unity
James has 13 years of experience building and applying simulation and artificial intelligence (AI) technologies. He started his career in the simulation brand at Dassault Systèmes (DS), where he worked on mechanical design problems with automotive OEMs and suppliers in Detroit. He then took a role on-site at Boeing where he developed tools for the virtual testing of composite structures on the 787 Dreamliner. He rounded off his time at DS with product management roles for aerospace and advanced manufacturing applications. In 2017, James shifted his career by taking a position at Amazon and diving into the building of AI systems to help Alexa speak new languages. He now finds himself in the AI organization at Unity, where he brings together his expertise in simulation and AI to develop new products for the engineering of autonomous systems. 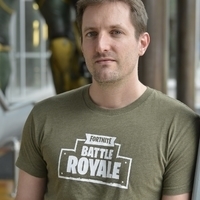 Thomas Convard
Epic Games
Thomas Convard is a Technical Product Manager at Epic Games where he is designing the next generation of interactive 3D software for manufacturing, product design and simulation. Previously, Thomas worked as an R&D engineer in the Aerospace and Defense sector, promoting the use of real-time computer graphics and virtual reality technologies for industrial processes. He studied Computer Science at Université Paris-Sud, France, where he received his Ph.D. degree in 2005 for his work on Virtual Reality for Computer Aided Design. 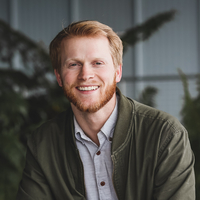 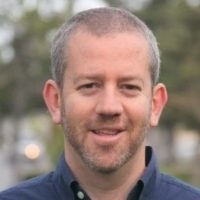 Zvi Greenstein
NVIDIA
As General Manager, Automotive for NVIDIA, Zvi Greenstein heads up product management and business development for simulation and mapping. Prior to joining the automotive team, Zvi has been responsible for NVIDIA’s VR products, including NVIDIA Holodeck, VRWorks SDKs and working with NVIDIA's ecosystem partners to advance the VR industry. He has been in the graphics industry for more than 15 years in various leadership roles. He holds a master’s degree in business administration from Tel Aviv University, and a bachelor’s degree in electrical engineering from Ben-Gurion University of the Negev. 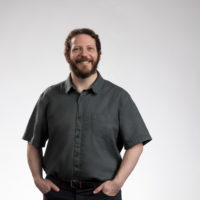 Gavriel State
NVIDIA
Gavriel State is a Senior Director for Simulation and AI at NVIDIA, based in Toronto, where he leads efforts involving applications of AI technology to simulation and vice versa. His current work includes physics based simulation of human motion, as well as research into minimizing the domain gap between synthetic and real data for perception with neural networks. Previously, Gavriel founded TransGaming Inc, and spent 15 years focused on games and rendering technologies. 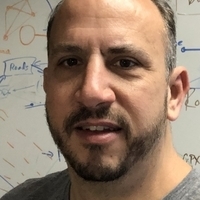 Steve Rotenberg
VectorZero Inc.
UCSD
Steve Rotenberg is the Founder & CEO of VectorZero since 2017. He is also a Continuing Lecturer at UCSD and has taught Computer Animation, Rendering, Physics Simulation since 2003. Steve previously worked as Director of 3D Technology at HERE Maps (2010-2013), was the Founder & CEO of PixelActive (2006-2010), and Director of Software at Angel Studios (1992-2002). 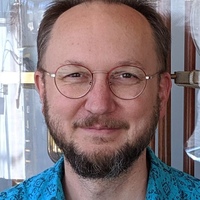 Steve Capell
Aurora
Steve Capell has spent his career at the crossroads of video games, computer animation and simulation. He earned a Ph.D. from the University of Washington in simulation-based character animation, and has worked at several startups on technologies related to simulation, video games and virtual reality. He now works on sensor simulation for autonomous vehicles at Aurora. 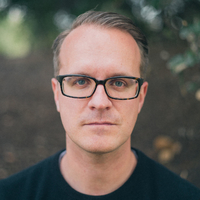 Magnus Wrenninge
Aurora
Magnus Wrenninge works on simulation and synthetic data generation at Aurora, the self-driving technology company. Magnus joined Aurora when the company acquired 7D Labs, a startup he founded that focused on the use of high-fidelity computer graphics for machine learning and autonomous vehicle simulation. Before that, Magnus spent time at Pixar Animation Studios as a Principal Engineer and at Sony Imageworks in software engineering and technical direction. He started his career in the visual effects industry at Digital Domain where he created fluid simulation and environment rendering software. In 2015 he was awarded with an Academy Technical Achievement Award, and he currently serves on the Academy of Motion Pictures' Scientific and Technical Awards committee.